Coin Master is an awesome adventure game that you can play with your friends as you build your village, spin, attack and raid other villages. It’s a race among your friends on who can build the best village and protect it while going to the next stage.

The game has a vivid and colorful graphics. It has different village themes for every stage which motivates players to spin, spin, and spin. It also has fun sound effects for when you spin the lottery machine.

Coin Master is very easy to play. You simply tap the spin button in order to spin the lottery and tap on your village area that you want to fix or upgrade. Simply tap on buttons and choose among your friends on whose village you want to attack when given the chance.

The game gets you hooked especially when you play it with your friends. It arouses competition and motivates players to spin and gather the most energy that they can get to play and spin for a long time.

The spin process of the game is something akin to a lottery, so you don’t have much control over it. You basically depend on your luck. The higher level you get, the more expensive it takes to build and fix your village.

Coin Masters is an addicting adventure game for millions of players around the world. It is best played when you have lots of friends who play the same game. Playing it with your friends makes it even more exciting and challenging. Spin, attack, raid, and build your village! 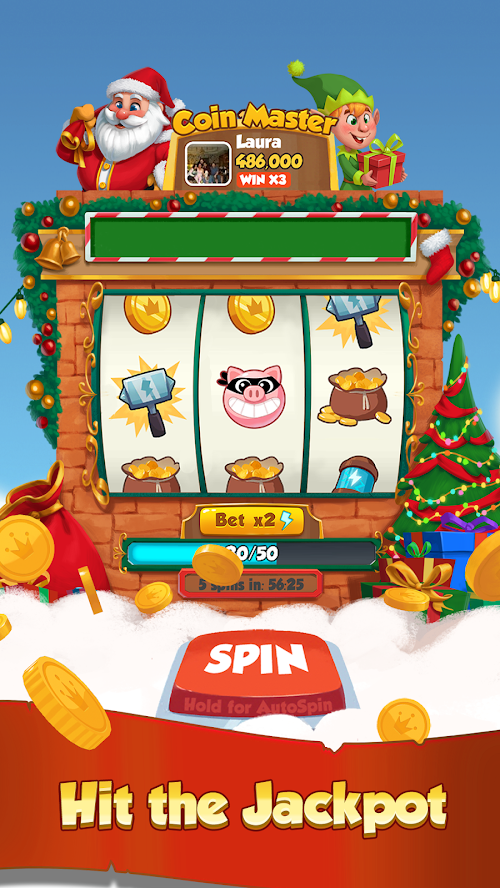