Angry Birds 2 is a fun game where you sling the birds in order to bring the pig’s tower down. The angry bird characters are really famous with children. It even has a movie released with the birds as the main characters.

The game has bright and colorful graphics that easily catches the player’s attention. It also has fun and awesome sound effects that makes the game more exciting.

The game has easy controls where you tap, hold, and drag the slingshot to direct to the pig’s nest. It’s easy to control and navigate with.

The game is very interesting especially to those who have come to love the main characters, Angry Birds. It has gained loyal fans and has continued to be well-received by players.

The game has different stages that you can unlock. The difficulty also increases the farther the stage you unlock.

Angry Birds 2 is a fun game and it does not disappoint as the upgraded version of the original game, Angry Birds. It’s a fun and exciting game which is well-liked by children and angry bird fans all over the world. 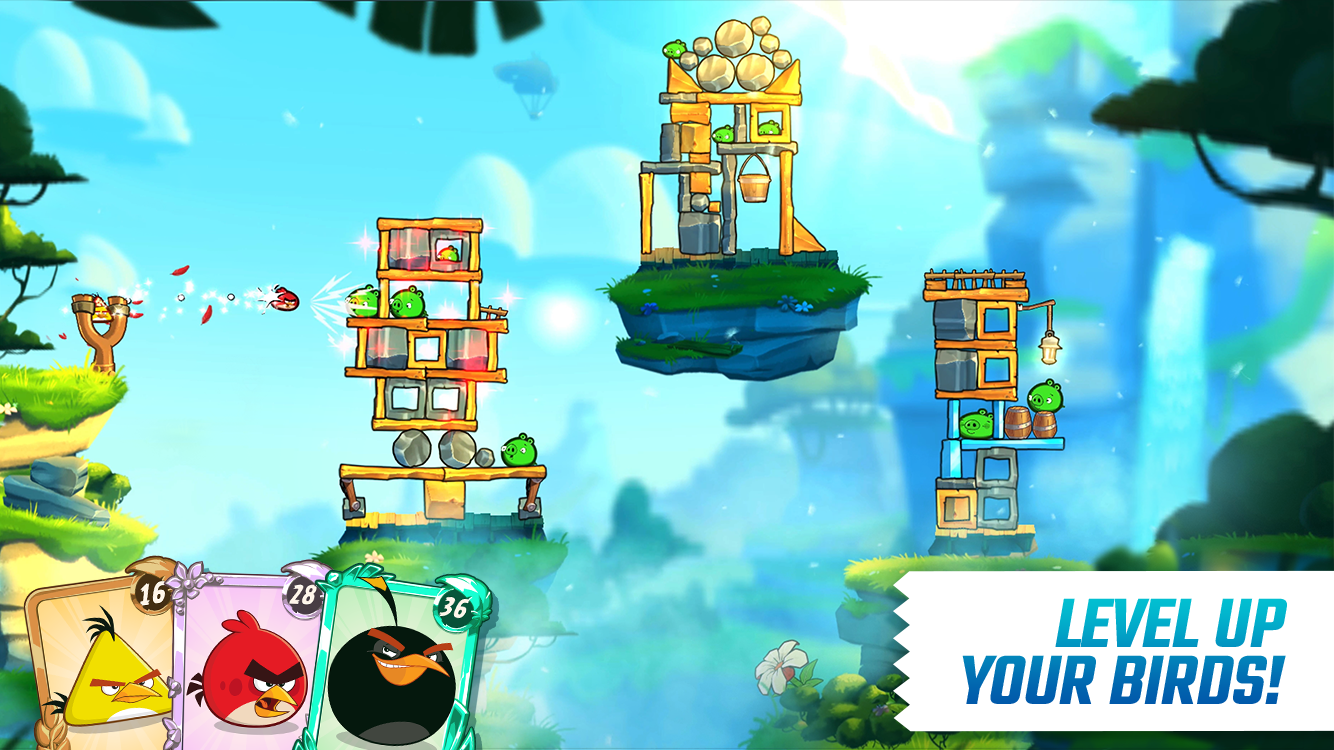